Just realized I hadn't introduced myself here, so I guess it's past time to do so.

For the past few years, I've been mainly using Windows and fooling around with Linux, mostly Ubuntu, in dual-boot setups off and on, and got to a decent novice proficiency with Linux, despite being put off with the "unique personalities" that used to dominate all Linux forums, even Ubuntu's.

Recently, after getting more and more aggravated at Microsoft's increasing invasiveness built in to Windows, I reached my last straw with Windows 10 and I'm done with them. And decided that I liked Cinnamon Mint best of Linux distros I've tried.

A couple months in now, and so far so good. Getting used to Gimp rather than Adobe Elements, and liking Kdenlive for the video editor I keep thinking I'll put to use for a YouTube presence I may never get around to building. I never could find a WYSIWYG website builder in the repositories and have found only one with a good Linux version for sale, and it has a steeper learning curve than the one I had been using, but I managed to soldier through there.

All in all, this is a much better experience now than I could be having on the spyware that Windows has become. Glad to say that I'm no longer a customer of Microsoft nor of Adobe.
Top

Recently Migrated ???...We dont have any adverse immigration laws here so "Welcomen" to Linux MInt land, A multicultural nation that is welcoming to all newcomers...DAMIEN
ORDO AB CHAO
Top

Hi BobPeters61,
welcome to our forum.

it's great, that you finally made it.

Welcome!
*** IF your problem has been solved, please edit your ORIGINAL post and add [SOLVED] to the beginning of the Subject Line. It helps other members when browsing posts. ***
Top

DAMIEN1307 wrote: ↑
Thu Jan 09, 2020 6:37 am
Recently Migrated ???...We dont have any adverse immigration laws here so "Welcomen" to Linux MInt land, A multicultural nation that is welcoming to all newcomers...DAMIEN

Yeah, a lot of the You Tube videos about the subject use the term "migrating to Linux" as sort of a process of getting familiar with it and used to FOS apps rather than the ones associated with Windows or Mac, etc.

Probably my biggest thing in that regard is that I was already using Firefox and Thunderbird as my go-to browser and email client anyhow.
Top

and welcome.
I reached my last straw back in vista days, ms was using (hogging) more of "my" computer than I was.

Anyway, about a WYSIWYG, when you get a hosting plan it will come with one of those. I had a website for ten years.
Mint 19.0 mate on 2 identical Thinkpad T420's
Top

Welcome to the forum Bob!
Running Mint 19.3 Cinnamon on an Intel NUC8i5BEH with 16GB RAM and 500GB SSD
Top

Welcome to the land of Mint. It's a great community with a wealth of experience and knowledge, and I'm sure you'll enjoy it here. Over the years I gone from Microsoft, to Red Hat, SuSE, MacOS, and now Mint, and I have to admit that I'm enjoying Mint more than all the others.

Not to hijack here, but i now see that you are back with us stephanieswitzer...i, for one missed you in your abscence...DAMIEN
ORDO AB CHAO
Top

And now back to your regular scheduled program

OOOOOH Great...more ITV TV, like Murdock Mysteries and Brit TV like Midsomer Murders, or even like the Aussies Brokenwood Murder mysteries or even the old Blueheelers...I gave up on American TV ages ago, especially since they have decided viewers needed to have a "voiceover" of what was going on, even though it was obvious if your watching...i refuse to watch anything on TV now that does this...i can now longer watch my 2 American favs, because they do this...NCIS and Jeopardy...lol...DAMIEN

This one got my attention during Jeopardy the other night..."he moves his arm upwards and tilts his head"...Who is the MORON that thought we all needed this inserted narrative, in order to "enhance" our enjoyment and understanding of any particular TV program...lol.

Ps...Thank God for streaming boxes like Roku using Acorn TV and Amazon Prime to release us from this new age "voiceover" crap that implies that we need interpretation and blow by blow narrative of whats happening.

Blasphemy! The Brokenwood Mysteries are made in New Zealand, not Australia. I recognise many of the places where they film it since I'm a Kiwi.
Running Mint 19.3 Cinnamon on an Intel NUC8i5BEH with 16GB RAM and 500GB SSD
Top

Ps...you have got to admit though, that i have good taste in what i watch...lol...What do i know...im just a dumb, "colonial" in the "Americas"...lol.
ORDO AB CHAO
Top

That's ok, I'll let you off with a warning this time, just because you have such good taste in TV programmes (although I would have thought the lack of kangaroos and things that can kill you such as snakes, crocodiles, spiders, etc would have been a hint)

New Zealand and Australia have a friendly rivalry and we're always joking with each other over who owns what things or came up with an idea first. 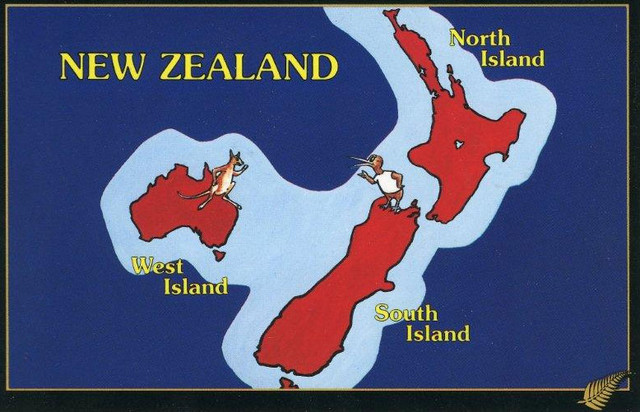 Hi murray,
Be careful here, you are fastly becoming one of my favourite people here in the forums...you just might become ostracised by others here because of this...lol...DAMIEN
Last edited by DAMIEN1307 on Mon Jan 13, 2020 10:28 pm, edited 2 times in total.
ORDO AB CHAO
Top

Welcome to the forum.
If I have helped you solve a problem, please add [SOLVED] to your first post title, it helps other users looking for help, and keeps the forum clean.
Regards,
Deepak

Tie me kangaroo down sport...lol...DAMIEN

DAMIEN1307 wrote: ↑
Mon Jan 13, 2020 10:24 pm
Hi murray,
Be careful here, you are fastly becoming one of my favourite people here in the forums...you just might become ostracised by others here because of this...lol...DAMIEN

Ah yes, I forgot that some Aussie's hang out here too. I'm sure they'll fire back with something, but we all know it's just all good fun and not to be taken seriously!

Return to “Introduce yourself”