VOTE ! Mint-Y-LOGO... A New Version Of The Linux Mint Logo !

The new one is more pleasant, for me. Perhaps in white on black without colours, like the macOSX or the Elementary startup logo ?
Top

Care if i share an edit I made to this icon?
This is my effort to preserve mints distinctive icon while making it "modern"
My version eliminates the boarder, joins the letters like the old logo and uses the old logos colours so that it reflects the distros heritage.
If Clem went with this I think we would all be happy as the logo retains its uniqueness without being a boring circle or square, or recoloured a boring color like black or blue. 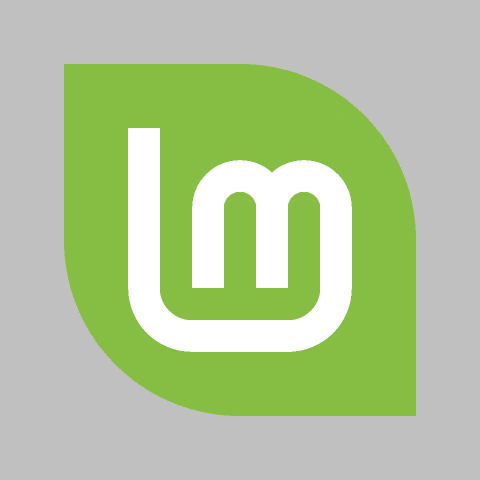 Yes, you can share this. I liked the split i added in the middle between the L and the M. I though it would make the L more distinguished, and it added some symmetry, in my opinion. But for the rest, i like your version. I had changed my mind about my first choice of color, this one here on your edition is probably better. And yes, it looks good without this white border.

There is just one thing you need to care about: the metadata and the license info in the SVG file, there:
Inkscape > File > Document Properties > Metadata and License tabs
Make sure my edits are still there. And you should add your name to it!
on the latest LinuxMint Cinnamon on the old Dell Optiplex 790
Top

Well keep in mind i only used the gimp, I am no good with inkscape and dont do well creating SVG's.
Top

Reading various comments on the blog I had a little play with ideas myself. Not SVG and only as a mock up, but just to add another flavour

MadmanRB wrote: ↑
Sat Mar 09, 2019 3:59 pm
Care if i share an edit I made to this icon?
This is my effort to preserve mints distinctive icon while making it "modern"
My version eliminates the boarder, joins the letters like the old logo and uses the old logos colours so that it reflects the distros heritage.
If Clem went with this I think we would all be happy as the logo retains its uniqueness without being a boring circle or square, or recoloured a boring color like black or blue.

I like it! It should scale down well for small uses (eg favicons, etc) but looks good large too. Nice and simple!
Running Mint 19.3 Cinnamon on an Intel NUC8i5BEH with 16GB RAM and 500GB SSD
Top

Here is MadmanRB's logo, like the original and my variations, as proper SVGs.

I copied and pasted your code in the text editor to save it like this: "test.svg". Then I opened it in the Inkscape software. I looked at the picture, then the detail of the vectors. It looks like a vectorization from a bitmap image. But it is so precise, symmetrical, without "noise", that it may be made from my original SVG, but modified.
In short, I have nothing to complain about except that the metadata are missing. See copy attached. It's a matter of license and copyright(s), it's important ...
I feel a little bit obliged to take care of this and post a new version here later today.

This is just to show the metadata, and i will add MadmanRB later, in a complete edit of my original SVG file, inspired by the original logo made by "copyright 2007 Carlos Porto, copyright 2007 Clement Lefebvre". Please come back here in a few hours...
on the latest LinuxMint Cinnamon on the old Dell Optiplex 790
Top

This is my original SVG file, created while looking at the original Linux Mint logo.
Re-edited to include changes made by MadmanRB.

This SVG file is needed for: Changes made: https://drive.google.com/file/d/1lKW69E ... sp=sharing
on the latest LinuxMint Cinnamon on the old Dell Optiplex 790
Top

neither are nice.
the one jerry f put up is ok
If you stop learning,youll get alzheimer's
Top

BTW - Poster "vovchik" above is a really good guy and excellent coder, contributing many nice things over the years at the Murga Linux (Puppy Linux) forums. Hello, vovchik!

I do like both of his above svg renditions; his own, the second one, looks wonderful - but unfortunately, the logo's text gets rather lost/hard to discern within it's gradients - especially at smaller sizes.

If forced to choose - it's MadmanRB's straightforward logo, for me (though a version with a break/space between the L & M would be interesting to compare). Either that, or just a light "massage" of the original logo. Although - the logo in this post is darned excellent, too - even at reduced sizes;

That said - I'd vote "hesitate" anyway, as I'm with Schultz 100% on this one: modern "flat" themes might be all the rage with the text kiddies these days, but IMHO have no business whatsoever on the desktop (phones are OK, where they belong). The lack of gradients, shadows and depth make them more difficult to isolate/identify against whatever background they're displayed on, simply making them functionally inferior. Form over function, basically. And, frankly, I find them to be universally bland, rather ugly and a strain on the eyes (along with these corresponding uber-bland flat GTK/QT themes - blech!). And booo!

But the "powers that be" have made their decision to follow the fashion trend, regardless of it's validity, so...

But it's OK - it's Linux, after all - so I just change 'em to something better.

I like JerryF's version. It prints up nicely with my Xerox color laser printer. just the right size to cover the Dell and Apple logos,

It compliments the outrageous "Austin Texas" logos he posted a couple of years ago.
Top

I think the new version looks okay, but I also think it's a better look if done in the way MadmanRB has it. The joined up letters preserves the old look of the logo, but there is a new look to it with the shape of the leaf.

Edit: Just noticed how late I am to this thread. I really should pay more attention.

Some stuff I made using FOSS http://caz747.deviantart.com/
Top

sebastjava wrote: ↑
Fri Oct 26, 2018 8:47 pm
Please take the time to compare the images and read the text below.
Vote by clicking one of the radio buttons above, then clicking the "Submit vote" button.
You need to register or login to be allowed to vote. Join us! It's free!
You have the right to change your vote any time until the end.


The proposed logo is not radically different. It's just a new version.
But re-created. Totally redrawn. Made flat, simple, and symmetrical.

This logo is now based on a single path with the minimum number of nodes required. It's a very simple SVG file... but there are many hours of work in it. This SVG file is at your disposal for further examination.
SVG file: https://drive.google.com/file/d/17WpSxp ... sp=sharing
PNG file: https://drive.google.com/file/d/1cKB4hB ... sp=sharing
The logo is important. It's our collective identity.
We changed the theme and icons by switching to Mint-Y. This could be the next step...

If it ain’t broke,Don’t fix it I prefer the current logo
Top

So much time has passed! Linux Mint has a new logo now. This post just concludes... Or roughly... There are micro-changes proposed here. But we’re not going to go into some long discussions again, please. This is almost the current official logo. I created this small repository for two reasons: i couldn’t find the official logo, and i wanted to redraw the svg files with a bit more space around the "lm" inside the circle. Also, i generally prefer round numbers and thus everything here is made of round numbers and absolute pixel values.

The choice of official color is left aside for now. Maybe this #009973 hex color? These logos are currently in black and white and could be colored, or left as is.
Last edited by sebastjava on Fri Jul 17, 2020 1:45 pm, edited 1 time in total.
on the latest LinuxMint Cinnamon on the old Dell Optiplex 790
Top

So what is the difference between the first and the second image? And why this margin on the fourth? You have to see these with Image viewer or any other application allowing you to see the transparencies...
on the latest LinuxMint Cinnamon on the old Dell Optiplex 790
Top 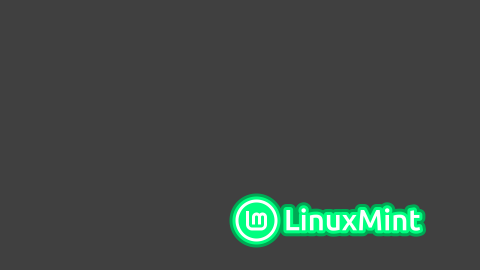 I like it simple and zen. I am not trying to show you all that can be done with Inkscape. Prefer the png file formats. The svg files are only uploaded here as the sources files, for future edit purposes. Some wallpapers here are also fit for the login window. If you want to use one of these for the login window, you should open as root this /usr/share/backgrounds/ directory and place the png file there. This way it will be available system-wide.

https://github.com/SebastJava/linuxmint ... /wallpaper
on the latest LinuxMint Cinnamon on the old Dell Optiplex 790
Top

New files and many updates here: https://github.com/SebastJava/linuxmint-logo
on the latest LinuxMint Cinnamon on the old Dell Optiplex 790
Top

Return to “Your Artwork”