My feature request is as follows :

Scrolling the mouse wheel over the icon of a running program should restore that windows (if it's in the background, otherwise do nothing).

In modern desktop layout, icons in the taskbar are grouped into one icon.
Hovering over a (grouped) icon of a running program shows preview(s) of the running window.

While hovering over the icon, scrolling the mouse wheel should actually restore one of the windows of the program. Scrolling again should restore the next window of that program a.s.o.

Let's open a maximized Firefox browser window so that all 3 Nemo windows are in the background or minimized.

The taskbar would show a grouped icon of Nemo with a "3" as a badge.

- Because It is super convenient.
- Also, it would eliminate the steady waiting for the preview to appear, choosing the right preview, moving the mouse over it and clicking it.
- It would eliminate millions of mouse clicks! In a study, scientists found out that hearing mouse clicks does actually increase stress levels !! (so I've heard) 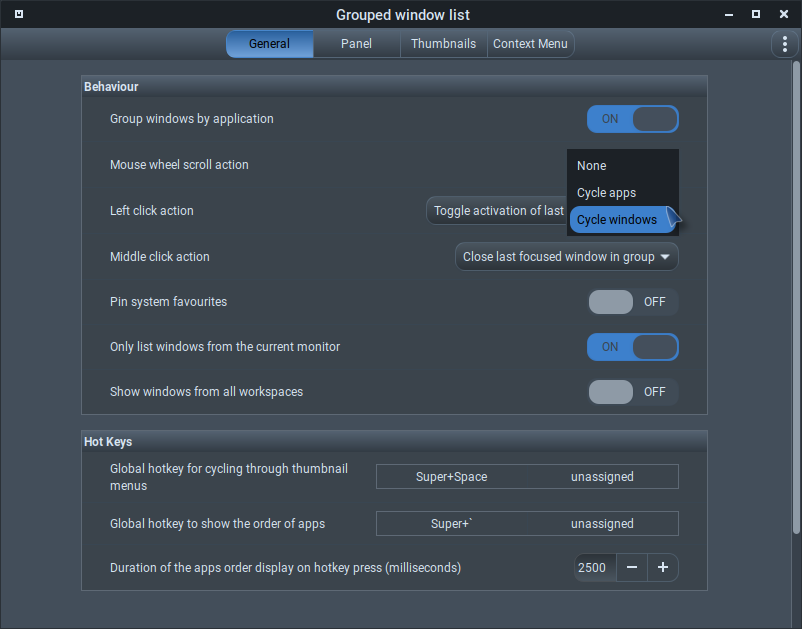 I only looked in panel settings.

No worries - you can also access individual applet configuration GUIs via the Applets settings module (in the menu) as-well as via the right click method outlined.
For custom Nemo actions, useful scripts for the Cinnamon desktop, and Cinnamox themes visit my Github pages.
Top
Post Reply
4 posts • Page 1 of 1