This is a follow-up to posts by mr_raider - odd behaviour on install with LM20 in legacy mode, so I thought I'll have a look...

Reboot - why has an 'ubuntu' entry appeared at the top the the BIOS boot list - this is legacy boot, all that should be there is a list of devices??? Select 'ubuntu' and, what a surprise, it won't boot and keeps returning to the BIOS boot list. Select HDD0 and boot into the new LM20.

Why has LM20 created a fat32 partition on a legacy boot? Primary partitions are in short supply on an msdos drive and we don't need the installer un-necessarily using up primary partitions? 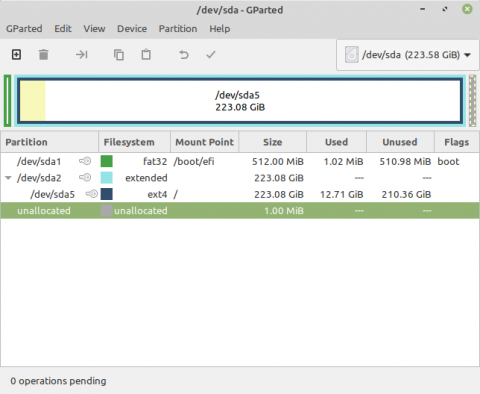 So what's in that fat32 partition? Reboot into LM19.0 (on another drive) and have a look: 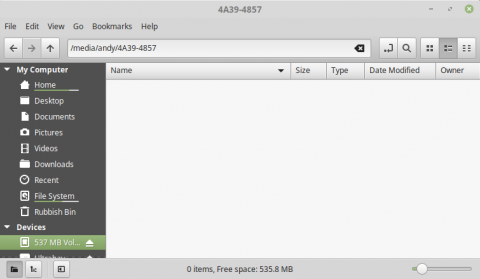 Looks like nothing*, so delete partition and reboot into LM20.

It did boot, I didn't time it, but subjectively it seemed to take lot longer than the previous boot into LM20 when the pseudo EFI partition was present. Not about to repeat the experiment, life's too short.

Conclusion - I think the mint/ubuntu team have screwed up the legacy install, probably on the basis that they don't care about legacy anymore.

Recommendation - if you want to install in legacy mode, pre-partition your drive with gparted and use the 'something else' option during install.

The other thing I noticed (this was cinnamon), in nemo: For me another black mark against LM20 (adding to the list of display issues, chromium, shutter, encfs-mgr).

Only learned about this bug recently (from your post in another thread). Checking, I see my LM20 VM (Mate) installed with this error, so it's an out-of-the-gate issue, not confined to reinstall. By contrast, an Ubuntu 20.04 VM installed by the same method does not have the error (that is, it's a single partition, as one would expect). Can't image what the Mint team changed (never mind why) to produce this result.
Top

There's also a problem with the LMDE4 regarding half and half grub configuration. Only that in this instance with an EFI install the package manager marks grub-pc as residual config. Removing it does a hatchet job on grub2, strips the LM theme and any customisations set by the user since it also removes /etc/default/grub

The extra FAT32 partition is a known-bug, as per:-
https://github.com/linuxmint/linuxmint/issues/312
[please do acknowledge the bug affects you there too!.].

The reason removing the partition results in slow-boot, is that the system is waiting for the partition to become available to auto-mount because of the appropriate line in /etc/fstab .... You can get rid of this delay by removing the line from /etc/fstab and also rmdir /boot/efi (empty directory) too to clear-up if you like!.
Top

I have, only just saw it today noting that my original post was back in July.

enyc wrote: ↑
Sun Nov 01, 2020 10:58 am
The reason removing the partition results in slow-boot, is that the system is waiting for the partition to become available to auto-mount because of the appropriate line in /etc/fstab .... You can get rid of this delay by removing the line from /etc/fstab and also rmdir /boot/efi (empty directory) too to clear-up if you like!.