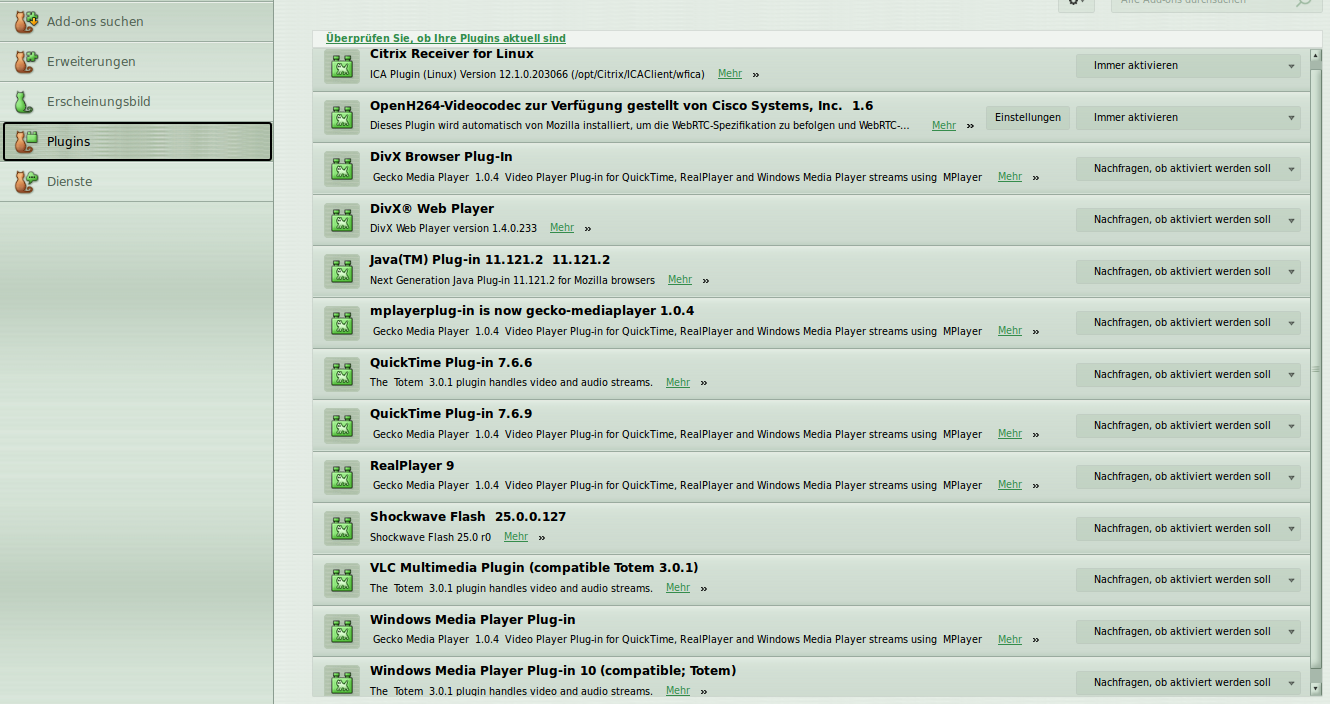 After launching Firefox 52 for the first time and having a look at the Addons => Plugin list what I saw was this, however.

Looks pretty brief, doesn't it. Most of the plugins have disappeared from the list. At the top the question whether something is missing and a link to find out why. Why do Java, Silverlight, Adobe Acrobat and other plugins no longer work?
Mozilla have decided to disable all NPAPI based plugins in Firefox 52. All except 1, the Adobe Flash plugin.
The same piece of information can be found in the Firefox 52 release notes as well.

Firefox 52 Release Notes - Changed wrote:Removed support for Netscape Plugin API (NPAPI) plugins other than Flash. Silverlight, Java, Acrobat and the like are no longer supported.

What if you really need some of the disabled plugins?
Personally, for my job I depend on the Citrix ICA plugin and on the Java plugin, irrespective of the question whether Citrix or Oracle should have switched away from the NPAPI interface, but have not bothered to do so.
According to Mozilla, I will have to switch to Firefox ESR now.
Is this really the only way out?


Re-enabling the NPAPI plugins on Firefox 52
Thanks to the first answer in this Askubuntu thread, Netflix on firefox 52, all the vanished NPAPI plugins can be re-enabled, without switching to Firefox ESR.

You can re-enable NPAPI support on Firefox 52 by opening about:config, adding the boolean preference plugin.load_flash_only and setting it to false.
(That's what keeps NPAPI support enabled for a few more months in Firefox ESR.)

How to add the boolean parameter plugin.load_flash_only and set it to false: Here is the result: 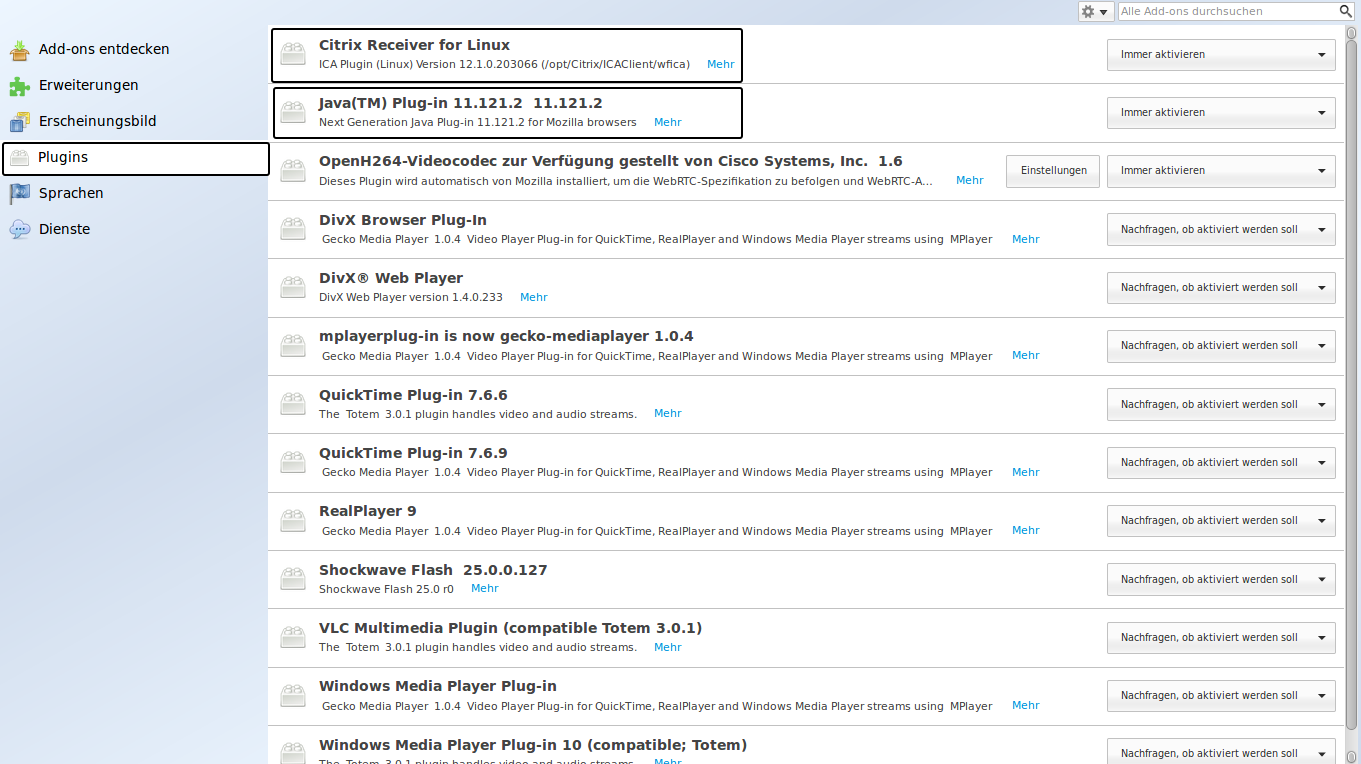 All the plugins are back. Gained some time waiting for Citrix and Oracle (and a few others) to develop alternatives to their NPAPI based plugins.
No warranty given, the found workaround will go o working on Firefox 53.

Hope this will help someone.

Note, that this workaround will end with the release of FF 53.
Top

This will be the reason why Mozilla recommends switching to Firefox 52 ESR in case you need one or more of the deprecated NPAPI plugins.
Firefox 52 ESR will extend the NPAPI plugin lifetime by another 9 months roughly.

Thanks for the how-to!

A small addition: if you wish to remove that new Boolean parameter line again, this is how: right-click the new line - Reset. Then close Firefox and launch it again.
Tip: 10 things to do after installing Linux Mint 20 Ulyana
Keep your Linux Mint healthy: Avoid these 10 fatal mistakes
Twitter: twitter.com/easylinuxtips
All in all, horse sense simply makes sense.
Top

So Firefox 53 is out (upstream, not in Ubuntu or Mint repos yet).

I don't see mention of NPAPI there. Maybe I missed something there?
Top

Cosmo. wrote:Note, that this workaround will end with the release of FF 53.

Most likely they have delayed the step to remove this hidden switch. Until now I do not find any note, why and with which new release plan.
Top
Post Reply
7 posts • Page 1 of 1