First, here is all my audio info when I run inxi -Axxx:

Long story short, I have an "all-in-one" computer and the headphone out causes MAJOR static 100% of the time. The internal speakers of the computer work fine, so it is definitely the headphone port specifically, and it is a hardware issue confirmed (I tested my wired speakers with 3 other devices and there were no issues). The screen has the motherboard built inside and headphone out port is embedded in motherboard so Geek Squad won't touch it. Like one of those desktop flat screens with everything in the screen.

I am using this handy $8 device I picked up from Amazon to connect my wired speakers: https://www.amazon.com/dp/B09874Q33W?ps ... ct_details

It "works" in the sense that audio comes out without any static (so I solved the original problem), however there is a constant "tug-of-war" between play/pause on all media (currently tested several online videos on YouTube and some other sites). You can hear how the audio plays and pauses 2-3 times A SECOND! And visually speaking, the play/pause button on screen reflects that! It is constantly playing and pausing, multiple times a second.

Not only that, but keys get disabled on my keyboard too!!! I have to disconnect it completely to stop my computer from spazzing out!!! It's almost as if it is constantly sending input TO the computer!!! It is rendered unusable!!!

It is as if the the speakers are sending signals in as well via the USB port to the computer, when really they are supposed only receive auditory output.

What is happening here? How do I solve this hardware issue?
Top

Personally though, I would probably just forget about the wired headphones unless they are really good quality, and just buy a $10 pair of cheapo bluetooth headphones until I could afford whatever I think I need (assuming you like Bose or yamahahah etc..
I have a Sony pair that I picked up cheap in a 'dollar store' years ago that are brilliant, and a Yamaha pair that cost me $35 in a similar store.

But if you already have great quality wired headphones, it might be worth just grabbing a cheap little bluetooth speaker with a 3.5mm socket.
Current main OS: MInt 21 'Vanessa' Xfce on Lenovo m93p Tiny, i5-4590T (i915 graphics), 8GB RAM.
You can get by on Charm for about 15 minutes
Top

I have very deaf ears, I have to wear headphones.

the set I have now, is the best I have ever experienced.

they can BT Sync with up to 3 different sources, and if the Cellphone is one, it always has Priority over the other two BT channels.

I love that feature, I can get immersed in BT audio from my laptop and when the smart-phone rings, the headphones switch to it, and automatically answer the phone.

see the pix for the brand name/model 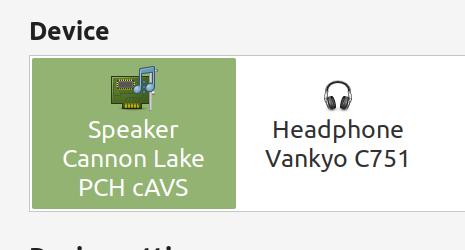