Questions about codecs, DVD playback, web plugins...
Forum rules
Before you post please read how to get help
Post Reply
5 posts • Page 1 of 1

Good night, I have been fighting with my sound card for almost a week, I have this old but not used "Encore Sound Card", its chip is "Via Tremor VT 1723-0707CD", It is a 7.1 channel surround sound card. I would like to tell you I have tried this card under LM 18.1 and it worked fine. Then I removed it for a while (long story), and after a clean install of LM 18.3 Mate I started not getting sound from the left speaker, which I "fixed" by typing "alsamixer" in console and then went to "Multy Tr" (multy track internal clock) I changed the values to 44100, but to keep it "stored" you should try to open a new tab and do "sudo alsactl store" I took this information from here: https://askubuntu.com/questions/50067/h ... r-settings.
The problem is that the changes aren't kept if I shout down the system, but they are kept if I reboot (anyway I didn't give this much try I noticed twice)

On the other hand I am trying to plug a Headphone (also wanted to conect two more pair of speakers) and I don't get any sound. I don't know what to change in "alsamixer" (where I tried unmuting by pressing "m" in headphone column, also tried to changed "aux jack" by setting it into back south), neither in "pavucontrol" (where i have tried everything). This card has for entrances or "female jacks" (hope the term works, I am not an English speaker native) they go in this order : black = aux out , silver = center, blue = surround, green = line out, silver = line in, pink = mic in. I have unsuccessfully tried plugging the headphone in each one of them (although later I learned that "aux out" should have an internal connection)

I have contact VIA by email , they told me they didn't built that chip, then I tried Encore , the device doesn't exist in their web site, I wanted to ask them for specific drivers.

this is my system

(I have an on board sound device which I desable from the Bios, it is this: Card-1 Intel NM10/ICH7 Family High Definition Audio Controller , driver: snd_hda_intel bus-ID: 00:1b.0 - it works fine although a problem in the imput jack made me turn to the PCI device mentioned)

Here I leave screen shots to show you what I see, this parameters are good for the left speaker problem (so I can get sound) but remember that doesn't last after shouting the system down I am still worried about a headphone or extra pair of speaker line.

The image pics windows are in spanish where your read "control de volumen" that is "pavucontrol" , where you read "preferencias de sonido" that is "sound preferences" from the icon panel.


[img]https://imgur.com/a/EUfrW
I cannot paste the images with since it says it cannot determinate the size so I attached here the most important pics.

I know this post is old but I still have problems. Nowdays I am runing LM 19.3 and cannot get the sound out from speakers.
Card seems to be working fine , but don't know how to set it in alsa mixer . Also multy Tr doesn't allow me to change its parameters 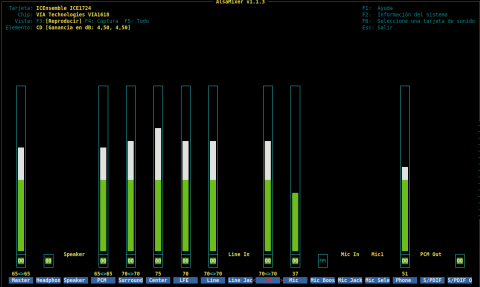 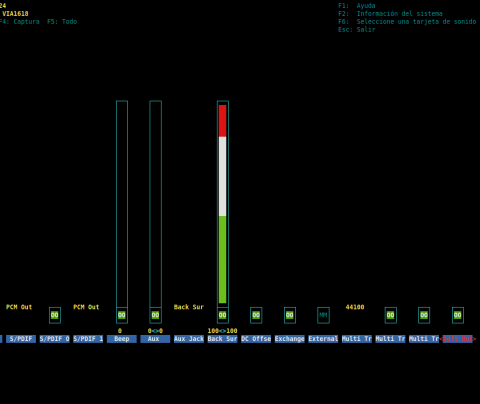 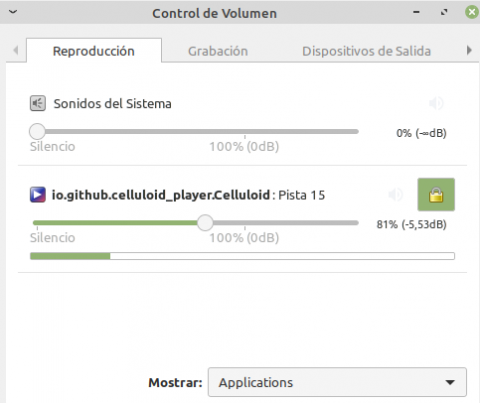 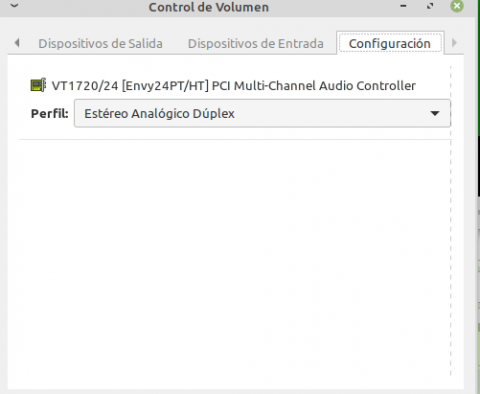 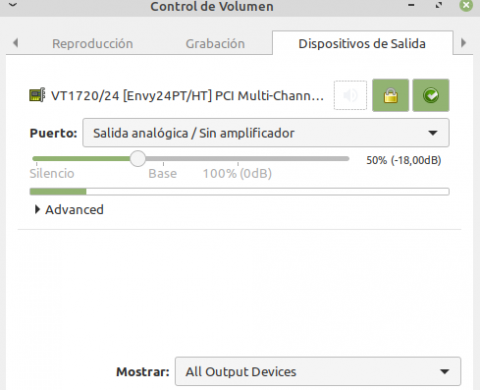 I would appreciate any suggestion in order to get sound from my speakers. Thank you
Top

I have no experience with it, but install alsa-tools-gui so you can run envy24control. That is made for your sound card.

I have no experience with it, but install alsa-tools-gui so you can run envy24control. That is made for your sound card.

Hi, thank you for your suggestion . I have just intalled like this

,and rebooted.
However I cannot see a GUI version of Alsa.
No matter that now I have sound. It is not as clear as it must be , so checked once again the speaker plug however it seems to be a little worn out in one of the stereo marks and it doesnt seemed to work if it complet plugged to where it is supposed to be (the green plug in)
I must get it changed.
Thank you !
Top
Post Reply
5 posts • Page 1 of 1