Blender requires some 22.10 amd driver or more to run with gpu.

how to install this driver?

thank you
Last edited by SMG on Sun Sep 18, 2022 1:08 pm, edited 1 time in total.
Reason: Moved from Istallation & Boot to Graphics Cards & Monitors because the question is about installing graphic drivers and not installing Linux Mint.
Top

hello i'm reupping this topic because i need more informations

what is the good way to install lastest amd-gpu drivers?

Normally you should NOT install those drivers on Linux. A lot of people break their systems by installing some third-party drivers. I made the mistake of installing them and got black screen, no boot. Usually they do not work very well, and the kernel drivers work much better.

If your system is working fine, then there is no need to do anything.

Are you having issues launching Blender? It's working fine on my PC (I also have AMD) without any drivers. Can you post any error messages?

Please share your system info by entering the command inxi -Fxxxmprz into a Terminal and posting its output here. 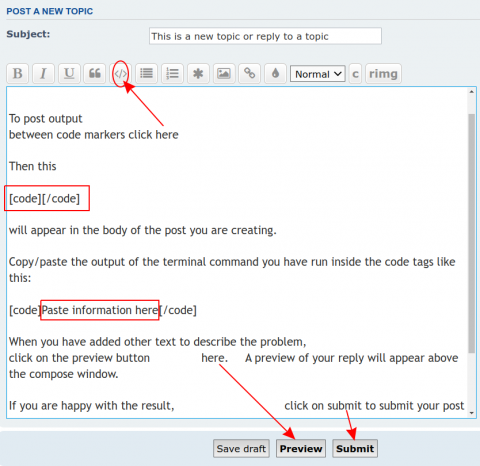 Dragonninja
The answer to your question depends on how badly you need to run latest Blender on Linux or, if you like, how badly you want to stay on Mint for now.
If you are student, coder, professional, developer, whatever, you need the best environment for running new versions of Blender and this might not be an Ubuntu Jammy-based distro since you are on amd hardware. If you had an nvidia card, even a relatively older one, you would be alright on Mint 21.
Now in case you're toying with Blender and you like keeping Mint as your main daily driver, you could settle with the older distro package that does not rely on AMD HID support for rendering.
There's a middle ground: it is Kisak's ppa but best with Focal (Mint 20.3). You have to be cautious again but Kisak's is considerably more stable than Oibaf's. PPA offers Jammy packages as well but support is described as "preliminary".
Edit: dismiss that crap about ppa coz HID is implemented currently only on the proprietary RocM branch of AMD drivers. And it seems even those are still quite unreliable on Linux.
Either way, being serious or not about Blender, you can try dual booting. You could have a stable environment and another for experimenting.
Last edited by MiZoG on Sat Sep 24, 2022 5:27 pm, edited 1 time in total.
Top

Please supply more information. You have not indicated what version of Blender you want to use nor how you installed it.

i run the latest blender version (currently 3.3), i download my blender on the official website and then i unzip the folder and run the program.

blender works fine with CPU but i wish to use the GPU for :
Edit > Preferences > System > Cycle Render Device > HIP
HIP requires "AMD GPU with Vega or RDNA architecture and AMD driver version 22.10 or newer"

i prefer not to over-modify my linux-mint installation because i have installed a lot of tools that MUST keep working.
(apache, php, node, softwares...)

a dual boot could be a solution, what distribution would support this driver?

here is my inxi -Fxxxmprz :

Those are not for the version of Linux Mint you are running. They are for older versions of Ubuntu.

Let's step back and refine that statement.

Your computer has dual graphics--it had two GPUs. One is the graphics onboard with the CPU (an APU in AMD lingo) which is Device-2 in the below. The other is the separate dGPU device which is Device-1 (your RX 6700 XT).

The specifics of how your laptop is wired will depend on what options are available to you with regards to rendering graphics. Dual AMD-AMD graphics were less common in the past and the default install of Linux Mint and similar operating systems was designed to easily switch GPUs when the combo was Intel-Nvidia. The setup also usually makes the primary renderer be the onboard APU (AMD RENOIR) which is the situation in your case. Changing the graphics drivers does not change which GPU is rendering. It is likely Blender is picking up the fact Device-2 is the primary renderer.

Usually, the renderers for both GPUs load at boot time which means you should be able to switch to have the RX 6700 XT be the primary renderer presuming Micro-Star wired the GPUs so that is possible. In your case, both GPUs will still be needed because it looks like only the onboard graphics can paint the laptop screen (regardless of which GPU renders).

Try switching the renderer to the dGPU with the command I listed and see if that helps. Blender 3.3: Linux – AMD indicates Blender is using OpenGL which your system already has. That link indicates OpenGL version 3.3 is needed. You can run

However, different processes in Blender may have different requirements. I saw something which mentioned OpenCL (which must be installed separately), but Blender has been making changes related to AMD and I am not sure what is the current status for Blender 3.3 on Linux. It just came out earlier this month.

I just found the Blender 3.3: GPU Rendering information. I am not sure how the version number listed there relates to the actual amdgpu version number.

Run the below and see what it shows.

(I do not have AMD graphics, but I think I typed that correctly. If you get errors, just use the part to the left of the |.)

how to use the DRI_PRIME=1 command? directly in the terminal?

Yes. That will last for your current session (until you log out or reboot).

As I already mentioned, I'm not sure what requirements Blender really needs from AMD. This output seems to indicate you are using version 22.0. If 22.1 is needed, you could install a newer kernel and see if that has a newer AMD version. You can install the latest 5.17-oem kernel with

and reboot and see if that has a newer version if just enabling DRI_PRIME=1 does not work.

I'm not sure what Blender needs but the next-to-last line is showing OpenGL ES 3.2 which is the latest available. Everything else is at 4.6 which I believe is also the latest.

OpenCL is different technology and usually needs to be installed separately. There are open-source options which I know one could use in the past with AMD. There is also the closed-source AMD option (which is only available from their website driver). I have not been able to find exactly what Blender needs and, unfortunately, others trying to install the AMD driver from their website have been running into issues.

ok thanks for the informations,

can we have a clear recap about the situation?

is there any stable linux distribution can support the amd propriatary driver?
is it safe to upgrade the kernel of my linux-mint? will it make it support the driver?
will linux-mint be able to support this driver before the next major version?

can we have a clear recap about the situation?

is there any stable linux distribution can support the amd propriatary driver?
is it safe to upgrade the kernel of my linux-mint? will it make it support the driver?
will linux-mint be able to support this driver before the next major version?

These questions can't be answered afaik. You can install other kernels and you can boot to any of the installed kernels by choosing advanced options in grub.
If I have helped you solve a problem, please add [SOLVED] to your first post title, it helps other users looking for help.
Regards,
Deepak

dragonninja wrote: ↑
Thu Sep 22, 2022 5:39 am
is there any stable linux distribution can support the amd propriatary driver?

Perhaps this is a translation issue so I will try to make this clear. The proprietary driver is closed source code. Only AMD has access to its code. No one else has access. This issue does not have anything to do with "stable linux distributions".

Yes, it is safe to upgrade your Linux Mint kernel to another kernel that is supported by Canonical (Ubuntu). The person in the other topic said the newer kernel did not give a newer driver version so it sounds like that suggestion will not work so you can keep your current kernel.


dragonninja wrote: ↑
Thu Sep 22, 2022 5:39 am
will linux-mint be able to support this driver before the next major version?

In the other topic I listed two bug reports: Those bugs are the responsibility of AMD. There is nothing that Linux Mint or Canonical/Ubuntu can do to fix the code so it works properly. It is proprietary code. You will have to wait until AMD fixes the code.

Or you can read through the bug reports and see if one of the workarounds listed works for you. I did not see a workaround that everyone said consistently worked for them so I cannot make a recommendation of what to try.

Many people have run into this problem. I suggest you contact Blender and let them know you need a different option. The Blender developers are the ones who designed the code to only work this one specific driver. This has nothing to do with Linux Mint.

ok thank you so we wait

at some point, the guys from blender managed to run the amd thing.
is it possible to determine the versions of everything they used? (kernel, os, driver etcetera...)

and what about arch-linux?, will it gives opportunities for managing drivers?

here is my situation : i want a solution for running blender with gpu,
i will make a dual boot so,
i will accept non-stable or outdated environments,
only for the blender rendering job.

is it realistic to make such an installation?
Top

dragonninja wrote: ↑
Sat Sep 24, 2022 12:56 pm
at some point, the guys from blender managed to run the amd thing.
is it possible to determine the versions of everything they used? (kernel, os, driver etcetera...)

Blender software is not affiliated with Linux Mint so I am confused as to why you are asking here what the Blender folks did.

here is my situation : i want a solution for running blender with gpu,
i will make a dual boot so,
i will accept non-stable or outdated environments,
only for the blender rendering job.

is it realistic to make such an installation?

I suggest you search Blender Support for answers to your questions.