by hattpa
This isn't stupid, but may be a little dumb

Under Ubuntu / Xubuntu (when I used them) one of the first things i did was install the relevant restricted-extras, but there isn't one for Mint. Can I use Ubuntu as Mint is based on that (much slicker though)

by xenopeek
The Linux Mint multimedia codecs (package mint-meta-codecs) can be installed through the welcome screen (in your menu). It's under first steps. 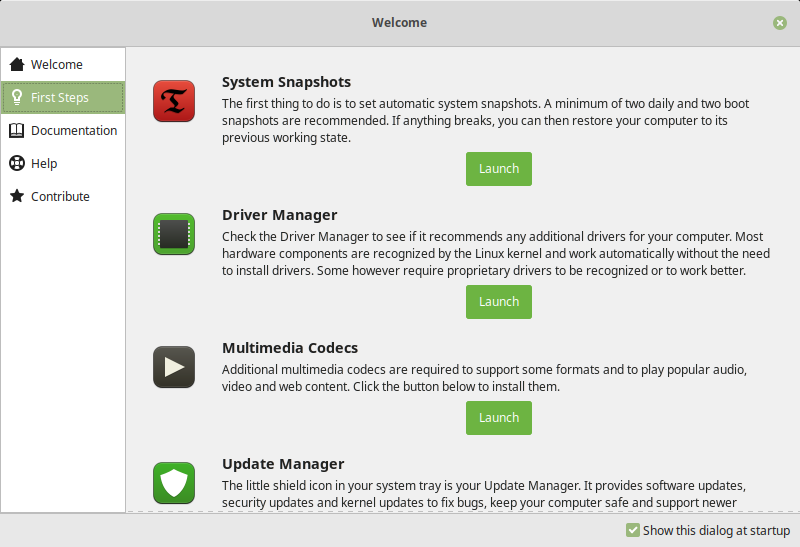 by hattpa
Thanks xenopeek, I don't get that option in First Steps

by xenopeek
Depends on your version how the welcome screen looks. It might even be smart and not show things already installed? I don't know

by hattpa
Hey Buddy, it's all there so no problem. But thanks for the pointer, didn't know which package(s) to look for so couldn't easily check
Again thanks for the help
All times are UTC-04:00
Page 1 of 1