All Gurus once were Newbies
Forum rules
There are no such things as "stupid" questions. However if you think your question is a bit stupid, then this is the right place for you to post it. Please stick to easy to-the-point questions that you feel people can answer fast. For long and complicated questions prefer the other forums within the support section.
Before you post please read how to get help
Post Reply
74 posts

Is there a package of standard dialogs available that has more capable dialogs?

My current xed 'Open' dialog doesn't have a path paste box but forces me to browse to the file I want to open. The fully qualifed path is in my paste buffer but the only way I have to see that is to paste it into xed. That's rather inconvenient.

Give Gedit a try.

Gedit was the default text editor in LM until the 19.x release. It has a path option as well as a useful sort function (unlike xed's). The layout of the new Gedit version is different than the older version(s) and, to me, is not intuitive, but it also has some much-needed improvements.

EDIT:
Cancel that, it looks like the path is only relevant to searching previously opened files, so it won't help, my apologies.
Top

As with Gedit, Kate, Leafpad, Sublime-text, and probably many others, also.
Top

As with Gedit, Kate, Leafpad, Sublime-text, and probably many others, also.

How is this an answer to his question?
Please stay on topic
Top

As it hasn't been mentioned yet I throw it out there:

In the terminal type xed, then press the space bar, then right click and choose Paste, then hit Enter.
My sound fix tips for Linux Mint
Top

How is this an answer to his question?
Please stay on topic
Top

The topic isn't 'xed' or 'gedit' or any other editor.

The 'Open' dialog in 'xed' was just an example of awful system dialogs. Sorry for any confusion there. My bad.
Top

Okay, time for some philosophy.

How about all of the above right on the panel?

PS: On topic - Seeking more capable system dialogs. Is there such a thing as 'system' dialogs in Linux (as there is in Windows)?
Top

Yeah this is one area where Windows has it over Linux. Windows is able to standardise things like scroll bars, file open/save dialog boxes, etc, and then Windows software simply says "open a file save dialog box" and they immediately get all the functionality that Microsoft has built into it.

I know Linux is all about choice but sometimes you can have too much choice...
Running Mint 19.3 Cinnamon on an Intel NUC8i5BEH with 16GB RAM and 500GB SSD
Top

murray wrote: ↑
Tue Sep 24, 2019 10:23 pm
Yeah this is one area where Windows has it over Linux. Windows is able to standardise things like scroll bars, file open/save dialog boxes, etc, and then Windows software simply says "open a file save dialog box" and they immediately get all the functionality that Microsoft has built into it.

I know Linux is all about choice but sometimes you can have too much choice...

Well, Murray, there's D-Bus. Is no one implimenting it?

Does not work.
Submitted: /var/log/syslog
Result: "No matches found"

PPS: I wonder what would happen if the file system refused any query that didn't come from dbus?

works OK as a terminal command. I mean use the "search" in the file manager, or remove what's in the path line at the top and put in a new path statement, but will only open folders, not files.

In the file chooser open dialog press Ctrl-L to change from the default path-bar to file name + path entry mode.

The File open and close dialogs are provided by GTK. Unfortunately they have been dumbed down in progressive GTK versions.

E.g in GTK2 dialogs there was a button to switch between the two modes. Not with GTK3. Also the dconf setting that is supposed to let you choose a default for this behaviour is deliberately ignored by GTK3. The Gnome devs just don't seem to care.

Also, by the way, if you want to type a path, just start typing.
Top

Also, by the way, if you want to type a path, just start typing.

I've tried simply pasting the /path/filename while xed has focus in the hope that it would know what I want. Nothing happens.

Now, now, Steve. Don't you know that they have some master plan that we're all going to love (on our "smart" phones)?
Top

It's Ctrl-L when this window (the GTK open file dialog) is open. 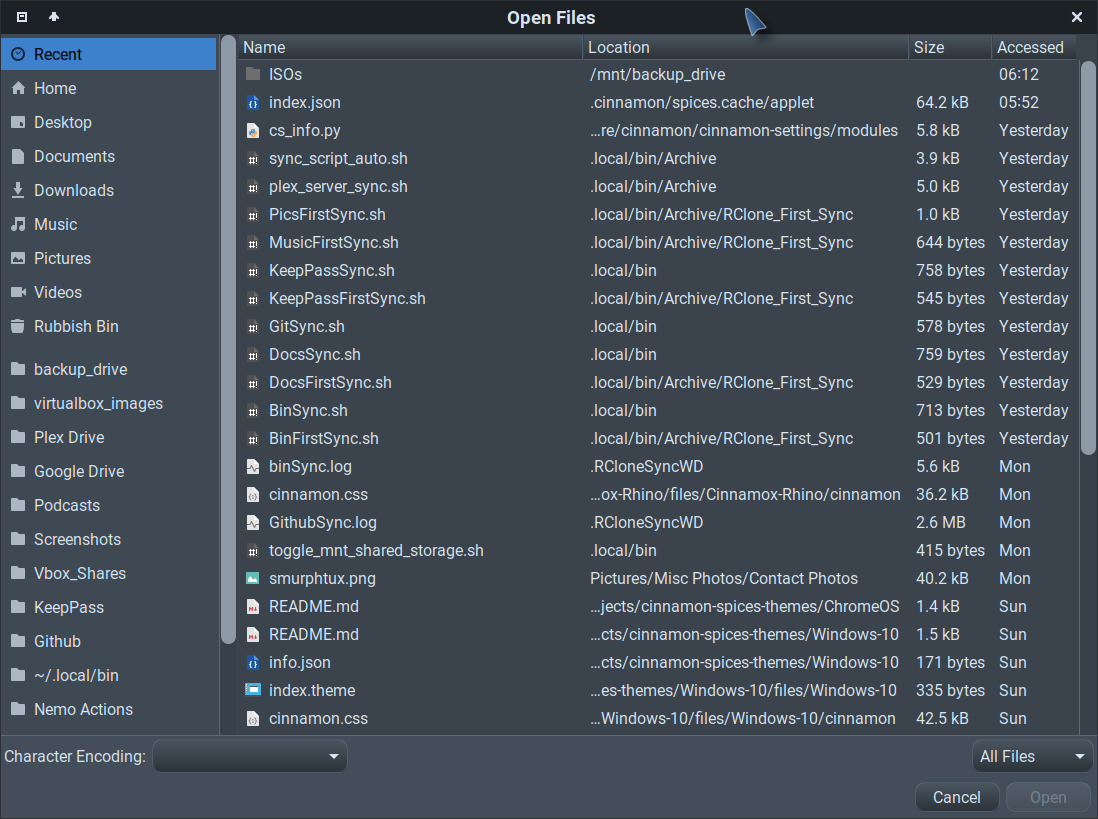 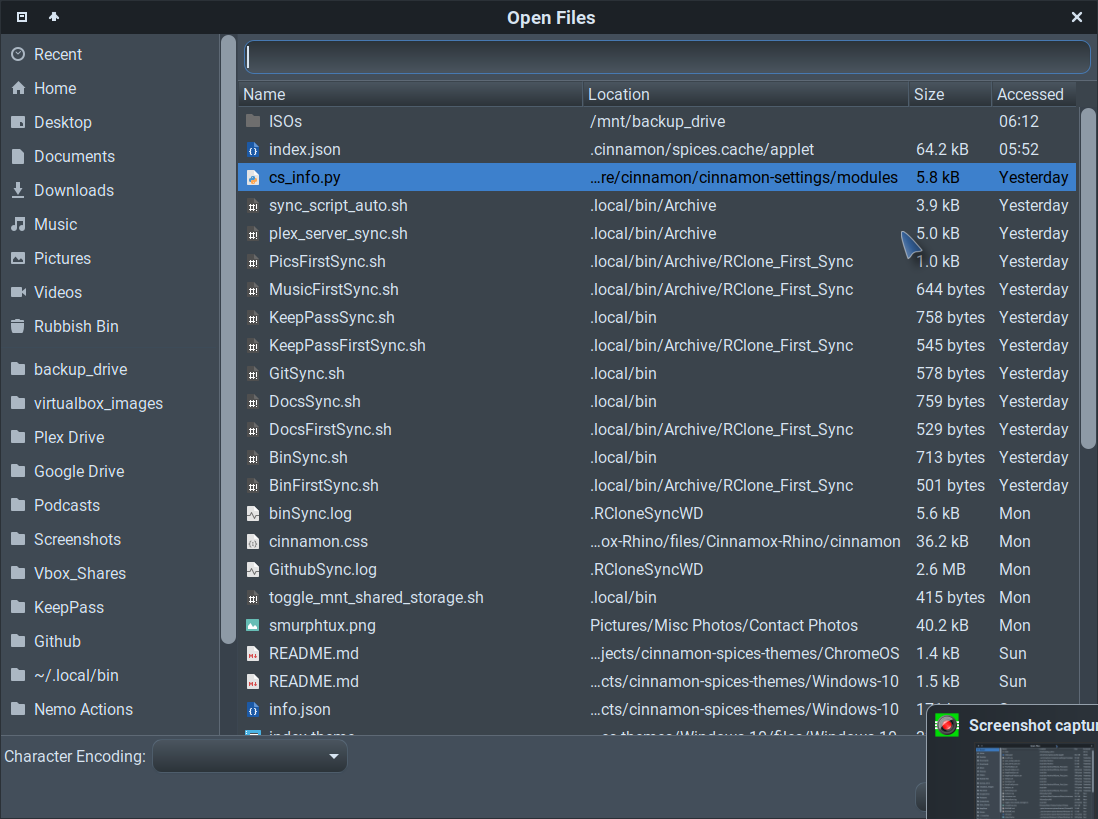 rene's suggestion of typing into this window brings up a search box - this doesn't accept full path and searches the currently selected area in the side panel. 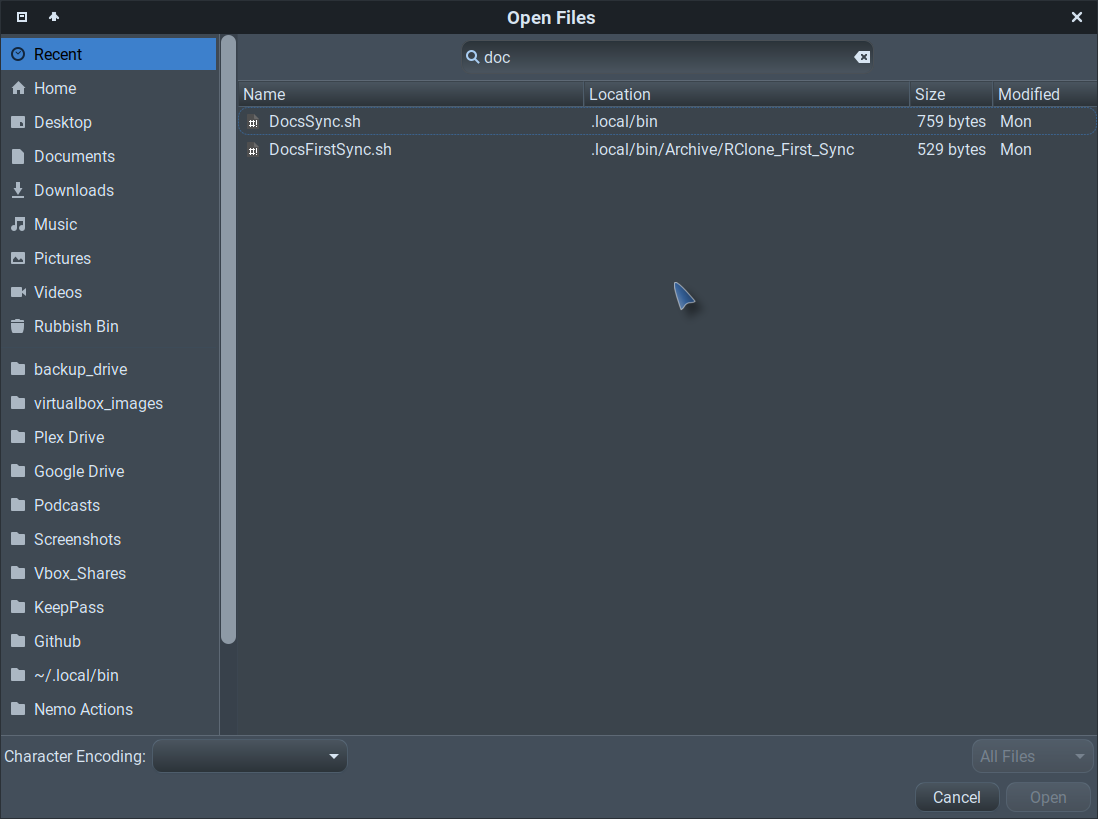 If I just paste this:
/var/log/syslog
into the 'Open Files' dialog, I get this:
"The folder contents could not be displayed".
Duh? Is that the best the devs can come up with?
If I Ctrl-L and paste it, the syslog is opened.
That will be a good workaround for xed (and presumably, all that use GTK) provided I remember Ctrl-L of course.

Is there a way to force Ctrl-L automatically? ...That's a rhetorical question as I already know the answer.