Here we go: Click on image and chose "View image info". TRUTH is there! Any arguments from Clem fans? LOL 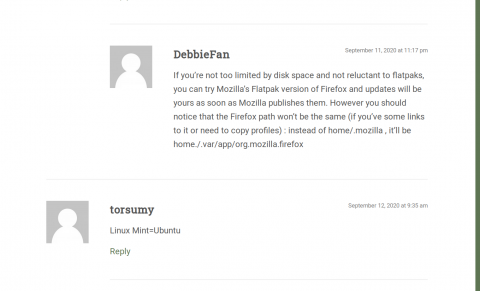 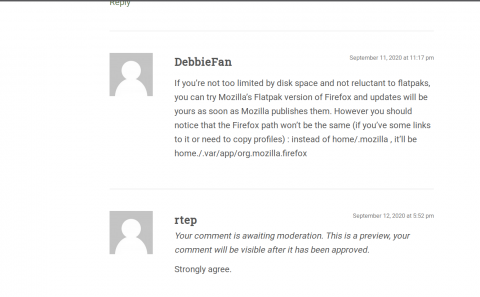 Whatever the reason for the suppression of your comments, you have to accept that the blog belongs to Clement and he is entitled to do whatever he likes with it, meaning that you have no intrinsic right to post comments there.
Cliff Coggin
Top

Hi cliffcoggin. You are absolutely right. Clem is entitled to do whatever he likes with it. I did not questioning his rights at all. What he is doing is what I criticized. He removing inconvenient comment, instead discussing and trying to get solution! This is painting his character very clear! My post about it is still standing strong!
Top

I believe I can safely say Clem is NOT sitting there waiting for your posts so he can remove them.

Maybe you've been banned in some way? I don't know.

Maybe you're using a VPN with a known troublesome IP? I don't know.

Looking at your posting history there that I can see, there are other users still posting that I would have preferred to see banned before you. But there may be something you posted that I can't see that is what caused this.

I could care less what you think of me. Ignore me just like you ignored the comment moderation text on the blog and my post saying the same thing

MrEen, of course I've been banned. That's why I.m talking about in this post. That's not changing what I stated in my post here and proved that twice. What else do you have? I'm not the only one whose post was removed as inconvenience.
Top

antikythera, OK. You just make my point here more clear. Thanx. Have a nice life. Different between me and you is what solution you came with. You tell me to remove you from reading your BlaBla. NO! I'm reading everybody BlaBla. You can do whatever you want. Go ahead remove me if you cannot handle the truth. LOL!
Top

OK, lets stop this discussion here. I believe I proved my statement to all people here, who using common sense. That's all.
Top

I don't know how you would know that, and don't really care. But there are plenty of negative posts still on the blog pages, so simply posting something negative isn't automatically removed.

Rtep wrote: ↑
Sat Sep 12, 2020 1:18 pm
Hi cliffcoggin. You are absolutely right. Clem is entitled to do whatever he likes with it. I did not questioning his rights at all. What he is doing is what I criticized. He removing inconvenient comment, instead discussing and trying to get solution! This is painting his character very clear! My post about it is still standing strong!

To be precise, your comments are going in to moderation. That's not removing them, it's simply not displaying them. Many possible reasons (first comment by user, blacklisted etc). Whichever way you look at it, Clem is constantly reminding people if they find bugs to report them in the right place. Have you tried to get any solutions using the recommended route, it might turn out to be:

a. less energy sapping
b. more effective
c. more rewarding
d. more efficient use of people's time
e. advantageous to both you and LM if/when issues are fixed.

Yes please do stop. Your complaints here are achieving nothing.
Cliff Coggin
Top

Mick-Cork, LOL Clem is currently removed even two words I'm posted: Strongly agree. Where is the "right" place to post them? Why these two simple words need to be "moderated"? BTW my picture of post on blog was not moderated. They was removed. Still not there.
Top

Rtep wrote: ↑
Sun Sep 13, 2020 2:28 pm
Mick-Cork, LOL Clem is currently removed even two words I'm posted: Strongly agree. Where is the "right" place to post them? Why these two simple words need to be "moderated"? BTW my picture of post on blog was not moderated. They was removed. Still not there.

When comments go into moderation in Wordpress it's automatic. They stay there until someone with Admin rights logs in and either approves or rejects them. Doesn't matter if it's one word or a hundred. You may still see your own comment for a while, but no one else will. I think you'll stop seeing your comment if you leave the site, and definitely if you clear your cache. The owner of the site sets the rules for filtering comments into moderation. If you raise a comment that gets filtered then it's actioned by machine, not man. Some info here: https://wordpress.org/support/article/c ... oderation/

You're assumption that they're being removed is misplaced. As I said earlier they're simply not being made public. Whether they are deleted or retained behind the scenes is something only the WP Administrator will know. Unfortunately you undermine your own argument by insisting they're being 'removed'.

Going back to my earlier post about bugs, if you're looking for the right place and how to report them read this first: https://projects.linuxmint.com/reporting-an-issue.html

If the issues you are concerned about relate, e.g, to Cinnamon here's the relevant GitHub page: https://github.com/linuxmint/Cinnamon/issues

If it's a user config type issue you'd probably get help here on the forum.

(Only you know if you were too repetitive raising bugs or issues on the blog?)
Top

You all may be being a bit too hard on Rtep. I had something similar happen on How to Geek's daily emailed news and tips. You once were able to comment on articles through Disqus (comments are now handled through conventional social media sites, such as Farcebook). Disqus had a "self-monitoring" system where if a post received enough negative clicks, it would be flagged for possible moderation. If a poster had enough posts getting flagged, none of that poster's posts would post immediately, pending moderation. Posts that were pending moderation never were moderated (the site owners were responsible for moderation, not Disqus). In the case of How to Geek, Lowell Heddings, the site owner, and one of his moderators were overly sanctimonious north ends of south bound horses who couldn't be bothered to do any moderation (that one moderator was one reason why the forum Heddings once had declined in usage enough that Heddings shut it down, replacing it with a Farcebook page.

Apparently, I made a comment that ticked off a small group of 4-6 people who started flagging every one of my posts, no matter what I said after that. I could have complimented the article, agreed with it, provided added support to the article, or anything else positive and I would get 4-6 flags on it, eventually causing every single one of my posts to get blocked awaiting moderation, which never happened. There was no way to contact Disqus about the problem and Heddings couldn't have cared less when I contacted him and just assumed all my posts were negative with his being bothered to actually read them.

I'm not saying this is what is happening with Rtep but it is something to consider before castigating him. There could be more to his story than we know about.
Last edited by Lady Fitzgerald on Tue Sep 15, 2020 12:05 pm, edited 2 times in total.
Jeannie

To all Clem fans. My posts from Clem blog wer completely removed. Telling me it was not removed, just make them not publicly available is insane logic. Outcome is the same! I did another test. Some member asked about ungoogled Chromium browser to be added to Software Manager. Clem asked for ungoogled Chromium browser binaries. I found it and posted link there. You know what is coming, right? YES my post was removed. NOT for moderation, but permanently! I did it twice! Very same result! Nothing is there currently! Clem KNOWS BETTER! Like Microsoft! Thanx Clem, you make my point very clear. Silencing people is your right, but it doesn't mean by any stretch you are doing what IS right!! Your right to be.......well, you are what/who you are.

If any1 is interesting in ungoogled Chromium browser here are those binaries:
https://ungoogled-software.github.io/un ... -binaries/

motoryzen, thanx for your support. Finally somebody who have same opinion like me. Unbelievable in today words.
Top

Lady Fitzgerald, thanx for your post. It is hard to find people who using common sense in these days. Some of them even do not know what common sense is.
Top

Update: After days and after my criticism of Clem's censorship on his blog, my post about unggogled Chromium browser download miraculously appear there. Go figure.
Top

Rtep wrote: ↑
Tue Sep 22, 2020 12:22 pm
Update: After days and after my criticism of Clem's censorship on his blog, my post about unggogled Chromium browser download miraculously appear there. Go figure.