Write tutorials here
There are more tutorials here http://community.linuxmint.com/tutorial/welcome
Forum rules
Please don't add support questions to tutorials,start your own thread in the appropriate sub-forum instead. Before you post please read this
Post Reply
12 posts • Page 1 of 1

Missing your xscreensaver hacks in Cinnamon 19.1?

Can you get them back? No.

Run this command in a terminal. if you have multiple users you will need to do this for each user account.

Open Startup Applications and add a custom startup entry with no delay to run the command xscreensaver if you have multiple users you will need to do this for each user account. 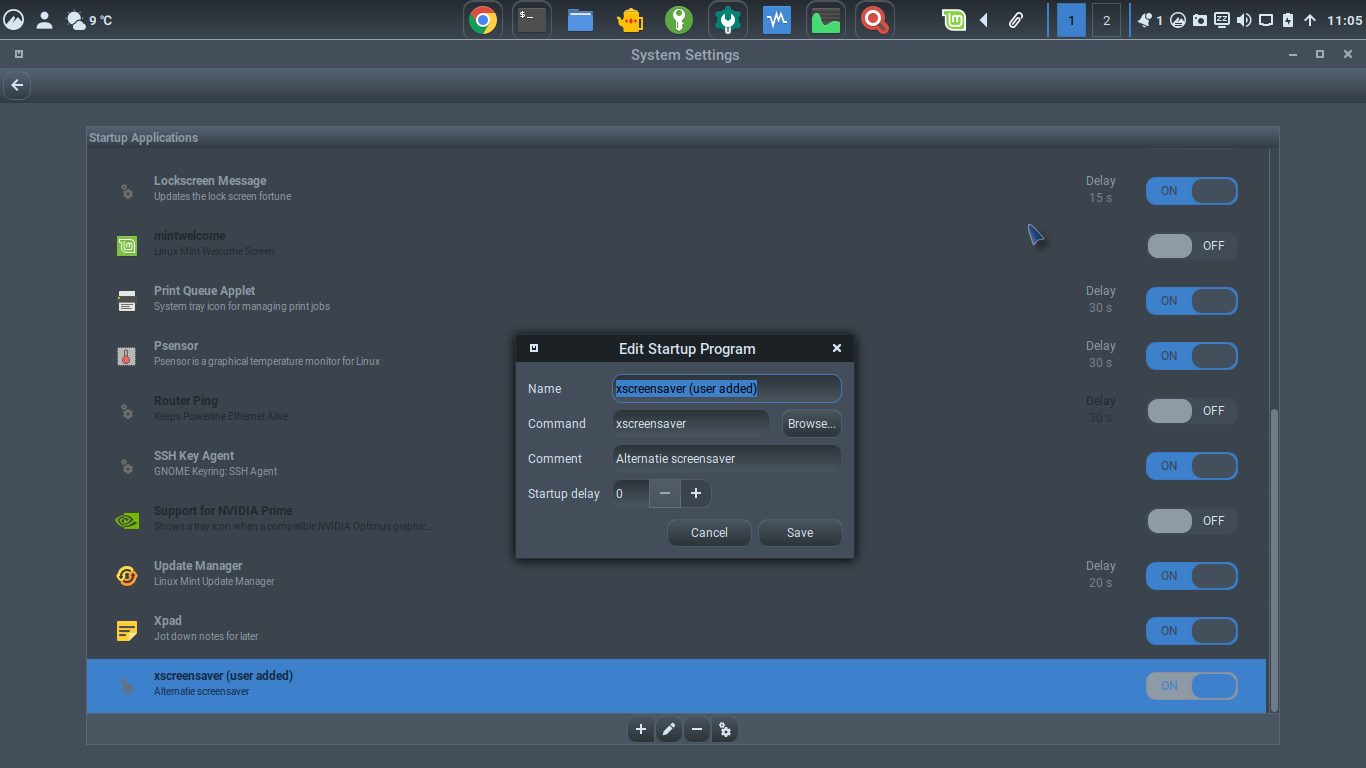 Step 7 - Set up your xscreensaver preferences 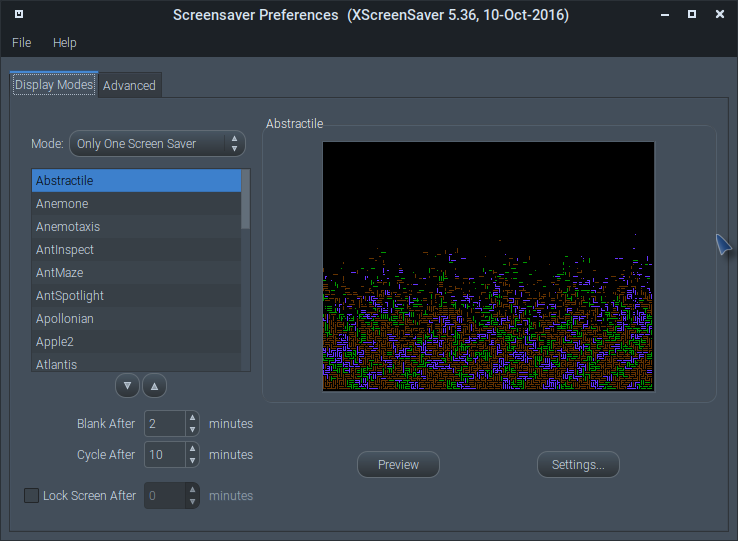 If all has gone well your menu lock screen shortcut and Ctrl-Alt-L keyboard shortcut should lock the screen with the xscreensaver lock-screen. The screensaver should kick in after your specified idle time and if you have set it to lock after a time period in xscreensaver properties that should work too.

Step 1 and 2 will need to be applied in each user account the changes were applied to originally.

Edit to clarify that the gsettings commands are user account specific.
Last edited by smurphos on Mon Dec 24, 2018 1:14 am, edited 1 time in total.
For custom Nemo actions, useful scripts for the Cinnamon desktop, and Cinnamox themes visit my Github pages.
Top

If you just want something simple you can just add a background slideshow to the native Cinnamon screensaver / lockscreen - see viewtopic.php?f=208&t=290333
Last edited by smurphos on Sun Mar 17, 2019 3:41 am, edited 1 time in total.
For custom Nemo actions, useful scripts for the Cinnamon desktop, and Cinnamox themes visit my Github pages.
Top

Thanks for the info. I don't worry about locking my computer.
Top

undecided now if I want them back or not... Thanks for this tutorial to give me back the option though, for sure!
Top

Thank you so much! I missed mine. As a Mac-to-Mint convert, the Flurry screensaver just rounds out the package for me. I already themed my mint with a combination of Mint-Y-Yltra-Dark, Mint-X-Aqua and Loki with the DMZ-black pointer and the Mac OS X Leopard aurora background. Of course, Flurry is the default screen saver on Mac OS X/macOS so...
Top

I installed the Xscreensaver as per instructions and it worked great...except for the part that won't lock my computer. Reverted back as per instructions also. Now after my system goes into suspend it's really hard to wake up. That can take as long as 5 minutes before getting a login screen. What happens is that while suspended my VPN, which runs always, gets disconnected and after waking up tries to reconnect without success. This wasn't an issue before I tried Xscreensaver. Looking for a fix please?
Have been using Linux on and off for most of twenty years. Seen the good, the bad and..well...the ugly. Switched to Mint several years ago. Prior to that used Kubuntu. Currently I'm co-chair of the Vernon BC Canada Linux Users Group.
Top

I did see from your post history (had a look to see if there was a clue on what hardware you are running) that you had quite severe problems with the Cinnamon lock screen before - were those resolved before you tried xscreensaver? If so I'd try a timeshift back to just prior to trying xscreensaver

Did Linux Mint 19.1 as a fresh install (replacing 17.3, which was retained for gfx compatibility) and used this post to bring xscreensaver back because I wanted the full screensaver options. Is there any way to use the stock Cinnamon screen locker with it, though? I don't really mind the xscreensaver lock's retro look or type-timer, but a couple of times when coming back from sleep, the machine went all the way back to the desktop and allowed for a moment of interaction with it before bringing the screensaver and password lock back up, which makes me worry about its security.

Even if some people found it redundant, i wish they just left them in for those of us that still prefer to use them. In my case its a style/feng shui thing for my computer area, and protects my external monitor, which is an older HDTV with mild image retention issues.

EDIT: I ask because I'm a little apprehensive about modifying your commands and really burning something up in the background. Snapshots don't always save my butt.

Hi smurphos!
I would like to know if your above tutorial would work in Mint 19.2 cinnamon.

Made a post on seti@home https://setiathome.berkeley.edu/forum_t ... p?id=84641
The replies aren't very encouraging. One of them points to xsrceensaver as a possible solution.
Google search for "seti@home screensaver in linux mint 19.2", returns my post at the top of the list.
Not very helpful nor are the following results of the search. Made several other searches using variations of the above query. Most are outdated or not applicable in Mint.
Made a post recently in Software & Applications. viewtopic.php?f=47&t=301529
Not many views and no replies.

Thank you!
If your query has been resolved, edit your first post and add [SOLVED] to the subject line.
If you found a solution on your own please post it.
A generation which ignores history has no past and no future.
Top

Should work fine for 19.2
For custom Nemo actions, useful scripts for the Cinnamon desktop, and Cinnamox themes visit my Github pages.
Top

Thanks. I'll give it a try.
If your query has been resolved, edit your first post and add [SOLVED] to the subject line.
If you found a solution on your own please post it.
A generation which ignores history has no past and no future.
Top